Get me outta here!

It was yet another historic moment for Thailand as the country swept 3 big awards for 7 Greens Concepts, Cultural Destination and 2 Ecotourism attractions in Sukhothai.

Winners of the Pacific Asia Travel Association or PATA Gold Awards 2012 were announced Apr 21, 2012 at Royale Chulan Hotel, Kuala Lumper. The Tourism Authority of Thailand or TAT won the Grand Awards in Environment for its 7 Greens Concept, which is a holistic approach to manage the environment that involves all parties from the attraction, operators, community down to the tourists themselves. In addition, the Organic Agriculture Project at Sukhothai Airport and Banna Tonjan Community in Sri Sachanalai District, both in Sukhothai Province also won top prize in Environment-Ecotourism and Heritage and Culture respectively.

“The prestigious awards are honorable and pride of the country. They reflect international recognition of our effort to go green and a reconfirmation that we’re stepping toward to right direction” said Vilaiwan Thawitch-sri, TAT Deputy Governor for Product and Tourism Business upon collecting the awards.

The deputy governor further stated these awards will influence local operators as they show how important it is to address the issues of environment, heritage and culture or local way of life to strengthen the community and achieve sustainable tourism.

Two players from private sector also got recognized at this event. They are Banyan Tree Spa, Gold Award Winner for Education and Training at the Banyan Tree Spa Academy and Media Trans Asia whose article “Can this be Paradise” in Travel & Leisure, USA won the award in Travel Journalism-Destination Article category. 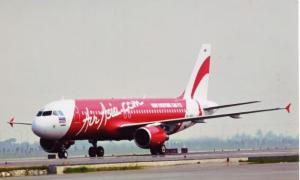 Tassapon Bijleveld, CEO of Thai AirAsia, said that AirAsia’s determination to make its services more convenient and responsive to the demands of its travellers led to the creation of Thailand’s Easy Island Transfers, which allows for easy travel to southern Thailand’s most popular islands. The idea is to offer a one-stop shop service for travelers who are looking for a simple, economical and convenient way to access Thailand’s southern islands.

“We noticed that most travellers to the southern provinces of Phuket, Surat Thani, Krabi, Nakhon Si Thammarat and Hat Yai – Songkhla continue on to either Samui, Phangan, Phi Phi, Lanta or Lipe Island, so it made sense for us to offer transfers to the islands alongside our ticketing service in order to give travelers that added convenience when planning their trips,” said the CEO.

Thailand’s Easy Island Transfer service begins by letting customers choose one of the 5 island destinations of Samui, Phangan, Phi Phi, Lanta or Lipe Island. The booking system will then automatically select the nearest airstrip to the island. Upon arrival to the airport, a passenger vehicle will collect them and transport them to the appropriate pier so they may embark on a ferry ride to their chosen island. AirAsia has joined forces with the most trusted local service providers to assure that this service is as enjoyable as it is economical.